A WORD AND IMAGE PROJECT BY SHAUN BELCHER

Following on from the successful inaugural reading event at Jermy & Westerman Secondhand Bookshop I am pleased to announce that Neil Fulwood and Alan Baker will be our guests on Wednesday 31st May 6.30-8.30 pm.

Refreshments once again will be available.

Here photos from the reading event at Doctor’s Orders Micropub ‘Talking to the Wall’ where poems contributed to the open submission were read by a group of poets who took part. This was added to the official events in this year’s highly successful Poetry Festival

Here photos of the event…

Rosie Garner and Shaun Belcher reading from their Salt publications
‘The Rain Diaries’ and ‘Last Farmer’.

Alongside my reading at Jermy & Westerman with Rosie Garner I have started an impromptu ‘Poetry Wall’ at Doctor’s Orders Micropub …contributions welcome go to the facebook page for the event here..

Hopefully if we can get the target 50 poems we can make a pamphlet and/or have a open mic event too:-)

Remember the 1980s indie music scene? Of course – and so does Shaun Belcher, who designed a few abstract covers for bands on the-then young Creation label such as The Weather Prophets.

This weekend Belcher is recreating the feel of the era in an ‘80s-themed room at the Lady Bay Arts Festival, which celebrates its 20th anniversary this year.

Belcher’s exhibition of new abstracts, collectively titled Second Wind, will be on show at 117 Holme Road and will be accompanied by the correct ‘mood music’ – ie the indie and punk that he listened to when he was making paintings for a series of Weather Prophets covers starting in 1985.

Segueing gracefully… it was ten years after this that the first Lady Bay Arts Festival was held to show off the diverse range of art and craft talent in this quiet suburb on the south bank of the Trent.

The festival runs 11am-5pm on Saturday and Sunday. Admission is £3. Children are free. ladybayarts.org.uk

The poem cam be read here:

More on the poem and recordings of poets reading here:

Moogee the Doodle Dog assisted the following research project by drawing the outcomes of some co-design sessions on this VAX sponsored project under Professor Tim Cooper.

The images remain property of NTU / Vax and are therefore not displayed here.

These are the final dozen illustrations as delivered to James Elkins for his 2nd Edition of Artists with Phds book (Published May 2014). It enabled me to successfully complete my M.A. by registered project for which I received a distinction in January 2014.

My thanks to James Elkins for a ‘revealing’ experience although I maybe now know more than I need to about Fine Art Phds and their academic validity:-)

Wall of Moogee drawings created whilst conference in process.

Photos of the Workshop with NCN students during show

Songbox, hospital Pete Astor’s sixth solo album and his first record outing for four years, marks a welcome return for a significant, if under-heralded, British underground musician finally getting his due partly thanks to a prominent role in the acclaimed Creation Records documentary Upside Down. His return is accompanied by a new album, which surely ranks among Astor’s finest recorded work since those heady ’80s heydays.

The new album marks a change in direction from Astor’s more experimental, post-Creation work in groups such as Ellis Island Sound and the Wisdom of Harry. Backed by the woodwinds of Keiron Phelan (State River Widening, Phelan-Sheppard) and Jenny Brand (Kluster Ensemble), together with layers of guitars, drums and keyboards from David Sheppard (State River Widening, Ellis Island Sound) and supported by the harmony vocals of Angèle David-Guillou (Piano Magic, Klima), the eleven essays on Songbox offer an abundance of lushly arranged, timeless chamber-rock, brimming with wry lyrical insight and haunting melodic hooks.
A potent synthesis of very British songwriting, Europhile sensibilities and a stateless cosmopolitanism, Songbox serpentines between the diseased Jacques Brel-meets-Alex Harvey monlogue of ‘Dead Trumpets’, to the baroque, Bill Fay-like murder mystery of ‘The Perfect Crime’, via chiming, nostalgia-soaked folk-pop nuggets like ‘The Ride’ and ‘Tiny Town’, and is concluded with the heart-wrenching, Leonard Cohen-like artistic hymnal ‘Mistress Of Song’.

Presented, in the Second Language label’s customary bespoke style, in a limited edition box package, the aptly titled Songbox is accompanied by an additional album of cover versions of the album songs by an eclectic lineup of illustrious fellow artists including Let’s Wrestle, The Raincoats, Darren Hayman, Comet Gain, Dollboy and Pastourelle, alongside 12 exquisite, especially commissioned fine-art postcards which illustrate the songs’ lyrics.

An ’80s indie chart-topper with his band The Loft (and later The Weather Prophets), Astor brought considered, literate songwriting craft to Creation, a label more characteristically in thrall to less cerebral ’60s pop thrills; none of which prevented him gracing the cover of the NME, the main stage at Glastonbury and the BBC’s legendary music TV showcase, Whistle Test. Astor went on to release a series of critically-lauded solo albums, touring extensively in France and across Europe, receiving Les Inrockuptibles’ ‘Album of the Year’ accolade in 1992 for the album Paradise before a fin-de-siècle ‘second coming’ with Matador recording artists The Wisdom Of Harry (who recorded three albums for the label) and instrumental duo Ellis Island Sound. A solo folk covers album Hal’s Eggs (Static Caravan, 2004) and EIS’s The Good Seed (Peacefrog, 2007) were his most recent releases.
These days, Astor divides his time between songwriting and a career as an academic at the University of Westminster and London’s Goldsmith’s College, lecturing on and researching popular music cultures.

Pete is undertaking a series of rare live appearances, backed by his band, The Souls, to support the release of Songbox.

I have created an illustration illustrating a track on Peter Astor’s new CD for Second Language.

Here a link to his blog and a cool video of Pete and Darren Hayman playing together.

Going back through blood and years
Branches,histories and tears
Going back to where time won’t move
And day comes down and there’s nothing to do

ConText was a fully realised book with illustrations by the participants written, edited and bound in a single day with four writers from Inside Out working as a team with 15 inmates of HMP Whatton.

The session ended with inmates reading from the hot off the press publication and Rosie Garner should be congragulated for leading this one day event.

Inside Out are keen to run this event again.

A project with drug and alcohol recovery participants to utilise recovery experience in assembling a collage artwork reflecting users experience.

Paticipants used digital video and cameras to capture local scenes then edited the results into a large collage and a music video.

New poem from new collection Substitute
field music dozen
What The Dickens...
Delivered first research presentation since March 2014 when I gave a lecture on Dickens and his illustrators in Paris. Same subject yesterday at Nottingham College to kick start their new research programme of talks. 7 years between...
album cover of the day
field music
Field book 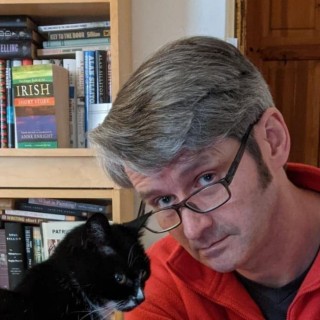